Master of Puppets, Metallica. Just thinking of this album is metal. Master of Puppets is arguably the most famous and influential metal albums of the 80’s (and all time). Sure, there was Reign in Blood, Number of the Beast, Operation: Mindcrime and others, but none of those albums were comprised entirely of iconic songs, nor are they as easily heard throughout modern metal music. 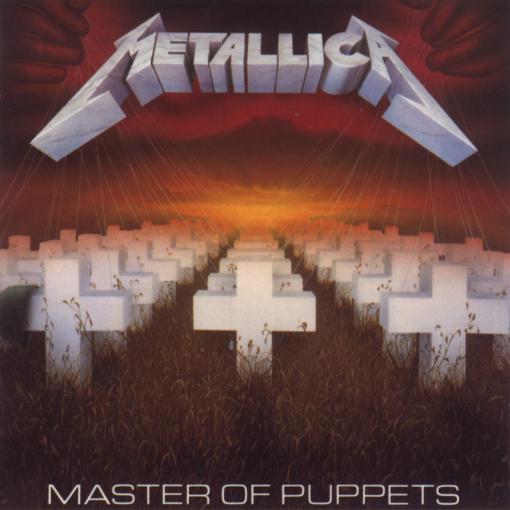 When you think of the big four in Thrash metal, each band really has their magnum opus, all of which are legendary in the metal community. For those uneducated in the lore of metal, the big four in thrash are/were: Anthrax, Megadeth, Slayer, and Metallica. Among The Living, Rust in Peace, Reign in Blood, and Master of Puppets are the bands’ best albums (respectively). All undeniably great albums, but none with quite as much clout and following as Master of Puppets. None of the other albums are as complete, either. Longer songs, bigger solos, more memorable hooks and riffs, better production, and just as pissed off.

The best (and perhaps most ironic) part about Master of Puppets is that the three best songs on the album were co-written Cliff Burton. This is unsurprising if you know about Burton’s history, and how he helped James Hetfield and Kirk Hammett how to theorize and harmonize. As Hetfield says, “without Cliff, we wouldn’t be where we are today.” Beyond the songs co-written by Burton, each songs brings a lot of technical prowess and songwriting ability to the album. One of Metallica’s most popular songs, “Welcome Home (Sanitarium)” perhaps is a prime example of this. “Welcome Home (Sanitarium)” has a unique song structure, beautiful (and skillful) solos, and among the greatest metal guitar tones ever used. The thing is, every song has most of these elements, showcasing them in a different manner every time – making for an extremely fresh and interesting listen no matter how many times you do so.

A must-have for every good metal collection, and a must-hear for anyone who wants to like metal, Master of Puppets is nothing short of iconic. It is Thrash metal, and then so much more. Unlike the the other bands in the big four, Metallica (and this album especially) have the ability to appeal to metalheads of every type and age.

Track picks: All of them, fool.